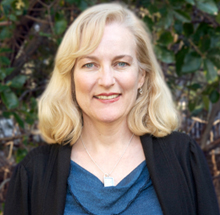 Rebecca De Kalb is a proud “Double Bear,” earning both her undergraduate degree in economics and her law degree from UC Berkeley. Working with donors and university faculty and staff, Rebecca helps facilitate and structure planned gifts that accomplish the donor’s goals and meet the university’s needs.

Prior to joining the Office of Gift Planning in 2012, Rebecca practiced for 15 years as an estate planning attorney with the Leibovitz Law Group in Orinda, California. She also earned her LL.M in taxation during that time. Previously she worked for a decade in the University of California Office of the President, where she gained a deep understanding of the UC system that serves her well in supporting Berkeley’s mission. Additionally, she has practiced in the areas of corporate law and commercial real estate law.

Grateful for the unique and invaluable part Berkeley has played in her own life, Rebecca can relate to the desire that motivates Berkeley’s donors to support this extraordinary institution. She knows that private giving is critical to ensure Berkeley maintains its role as the preeminent public university in the world. Rebecca finds being part of such a vital endeavor inspiring, meaningful, and never routine. 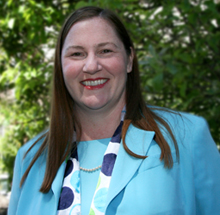 Melanie Keilholtz is a California native, who grew up in rural Shasta County. Before entering college, Melanie had a bad case of wanderlust and lived abroad in Europe and Africa before coming back to graduate from UC Santa Cruz (Go Slugs!) and Boston University (Go Rhett!)

Melanie worked for Bay Area nonprofits such as the Oakland Museum, the Dunsmuir Historic Estate, and Opera San Jose. She was the marketing director of ANG Newspapers (Oakland Tribune, San Mateo County Times, and The Tri-Valley Herald to name a few) prior to coming to UC Berkeley.

Melanie came to Berkeley in 2006. Since then, she has had the opportunity to work with Berkeley alumni and friends, and their advisors on a wide range of gifts funded with assets including real estate, securities, cash and, occasionally, works of art. She knows that for students past, present, and future, studying at Berkeley is the opportunity of a lifetime. She enjoys collaborating with alumni who want others to have the same experiences — or even better ones — than they did at Cal. She is a Certified Specialist in Planned Giving having completed her studies with the American Institute for Philanthropic Studies and California State University, Long Beach (Go Prospector Pete!)

Melanie is an avid gardener and backpacking enthusiast who lives with her family and assorted critters in the North Bay. 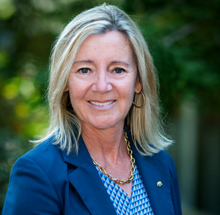 A former estate planning attorney, Kimberly now works as an Associate Director in the Office of Gift Planning at her alma mater UC Berkeley. She received her J.D. from UC Hastings College of the Law and is a member of both the California and Washington State Bar Associations. Kimberly recognizes the vital importance and critical role that philanthropy provides to public education in our beloved state. In fact, her entire immediate family consists of University of California graduates! Kimberly finds working with donors to design and structure gifts so that Cal receives the highest and best benefits now and in perpetuity both profoundly rewarding and fulfilling. Go Bears! 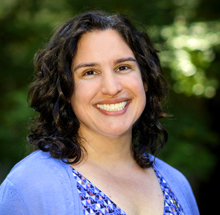 Samantha is a San Francisco native who is delighted to be working with donors to support UC Berkeley as a preeminent teaching and research university. Having spent the majority of her career in university and other non-profit environments, Samantha has a deep appreciation for the power of public-private partnerships in supporting the common good. She finds great satisfaction in facilitating such partnerships to help secure Cal’s future.

After graduating from Stanford University with B.A.s in linguistics and German studies, Samantha dedicated the first twelve years of her career to higher education and non-profit management, focusing on budget, finance, and administration. Upon earning her law degree, Samantha worked in the for-profit arena for a technology start-up in San Francisco before happily returning to academia at UC.

Facilitating planned gifts to support Cal integrates the aspects of Samantha's career she enjoys most — working with individuals and organizations to achieve their strategic, financial, and legal goals while benefiting the larger community. 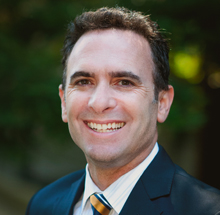 Damon is thrilled to be serving as a gift planning and Wheeler stewardship officer at his alma mater, where he received his B.A. in Neurobiology. After graduating from Cal, he co-founded a boutique media relations firm in San Francisco. A 12-year veteran advisor in financial media, Damon created award-winning media campaigns for national and international financial corporations. During that time, he especially enjoyed translating complex financial concepts into manageable information that was timely, useful, and engaging to the investing public.

Damon also attended the University of San Francisco School of Law where he specialized in intellectual property law, eventually applying his legal knowledge to furthering the missions of various Bay Area nonprofit organizations. In particular, Damon had the pleasure of working as a Law Fellow with California Lawyers for the Arts where he found great satisfaction in helping both nationally recognized as well as emerging local artists obtain top-notch legal representation. 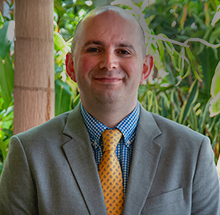 Ray has been with the Office of Gift Planning since 2013 and appreciates the opportunity he has had to assist donors in realizing their charitable objectives in support of UC Berkeley. Ray’s duties have also included providing legal analysis related to endowment and gift administration issues.

As a proud graduate of UC Berkeley (BA in History and Spanish Literature) as well as of UC Hastings College of the Law (JD), Ray is passionate about the impact that public education and UC Berkeley has had in his life. He understands the importance of philanthropy in maintaining the world class teaching, research, and public service mission of UC Berkeley and is happy to be working to further that mission. 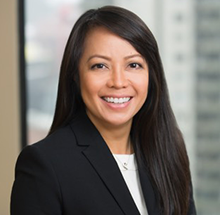 Prior to joining the Office of Gift Planning, Tina practiced law in the Bay Area for 20 years, practicing in various areas of law at different times (civil litigation, global equity compensation, and estate planning). Prior to starting law school, Tina was a freelance writer. Since she shifted her career focus to philanthropy, Tina has been honored to structure planned gifts to help further donors' charitable goals and UC Berkeley's mission of teaching, research, and public service.