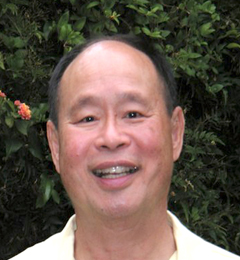 Sequestered at home in Upstate New York, Kendall Mau '68 didn't expect to be grounded by a global pandemic while running his international company, Prisma Microfinance de Honduras. But it's not the first time he's been housebound by a hostile player. As a financial executive working on a 10,000-acre banana plantation in Costa Rica during the '80s, he was held hostage by Sandinista revolutionaries — not just once but twice, the first time for over a month. What was his secret for surviving, other than his disarming wit and charm?

"I spoke fluent Spanish, so I had no trouble communicating with everyone on the farm," says Mau, a former Peace Corps volunteer who earned a B.A. in French from Cal. His captors, it turns out, were plantation workers striking for better pay and conditions. Mau, though a high-level executive, had regularly participated in social events on the plantation, so they knew him. "This is culturally something Latin American senior executives didn't normally do."

Suffice to say, Mau didn't suffer, and the workers' conditions were met.

Mau, who also earned an M.B.A. from the University of Maryland and a Doctor of Business Administration from Golden Gate University, says

his success in life is born from more than just his easy-going nature and top-tier education. He tracks its genesis back to his junior year at Cal, which he spent in Spain with the University of California Education Abroad Program.

“It opened doors to the world,” says Mau, who believes he was accepted into the Peace Corps after college because of his study abroad experience. “My fluency in Spanish and the independence and adaptability I gained from living in a non-English speaking country put me at the top of my Peace Corps training class.”

The program was so impactful that Mau, raised in Hawaii by parents who encouraged cultural curiosity, is paying it forward to future Cal students who have an itch to expand their horizons. To support their life-changing experiences, Mau has made a generous gift to the Berkeley Study Abroad program through a charitable gift annuity. A savvy investor, he enjoys the income benefits now while also meeting his personal philanthropic goals: to grow the next generation of broad-minded global citizens.

At every turn, says Mau, his international experiences were a springboard to success. After earning his master’s, he answered an ad from what was then The Dole Food Company that said “Looking for MBAs with passports.” He had both. Twenty years later, after retiring at 50, he was still hungry to help. He became an international financial consultant for NGOs, where he was so successful helping others, he earned the United States President’s Volunteer Service Award in both 2007 and 2008. He even circled back to Cal, teaching DeCal courses on microfinance and serving on the board of the Center on Civility & Democratic Engagement in the Goldman School of Public Policy.

While the Berkeley Study Abroad program is, like him, currently grounded, he hopes that when students are once again allowed to travel, they take his leg-up in life and translate it into helping others.

“I’m a kid of the ’60s, where altruistic aims were important to us,” explains Mau. “I want to foster the same in others.”